Richard Jones was educated at Cambridge University, with a first degree and a PhD in physics. After postdoctoral work at Cornell University, he was appointed as a lecturer at the Cavendish Laboratory, Cambridge University. Between 1998 and 2020, he was a Professor of Physics at Sheffield University. In April 2020, he moved to the University of Manchester, where he is Professor of Materials Physics and Innovation Policy. In 2006 he was elected a Fellow of the Royal Society. He lives in Derbyshire, is married and has two children.

He is an experimental physicist, whose research centres around the properties of polymer molecules at interfaces and ultrathin polymer films. Between 2007 and 2009 he was the Senior Strategic Advisor for Nanotechnology for the UK’s Engineering and Physical Sciences Research Council; he was Pro-Vice-Chancellor for Research and Innovation at the University of Sheffield from 2009 to 2016. 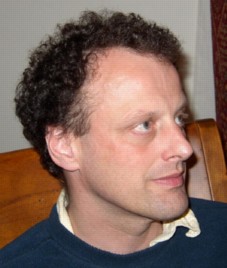 1 thought on “About Richard Jones”