I have a post up on the blog of the Sheffield Political Economy Research Institute – The failures of supply side innovation policy – discussing the connection between recent innovation policy in the UK and our current crisis of economic growth. Rather than cross-posting it here, I tell the same story in four graphs. 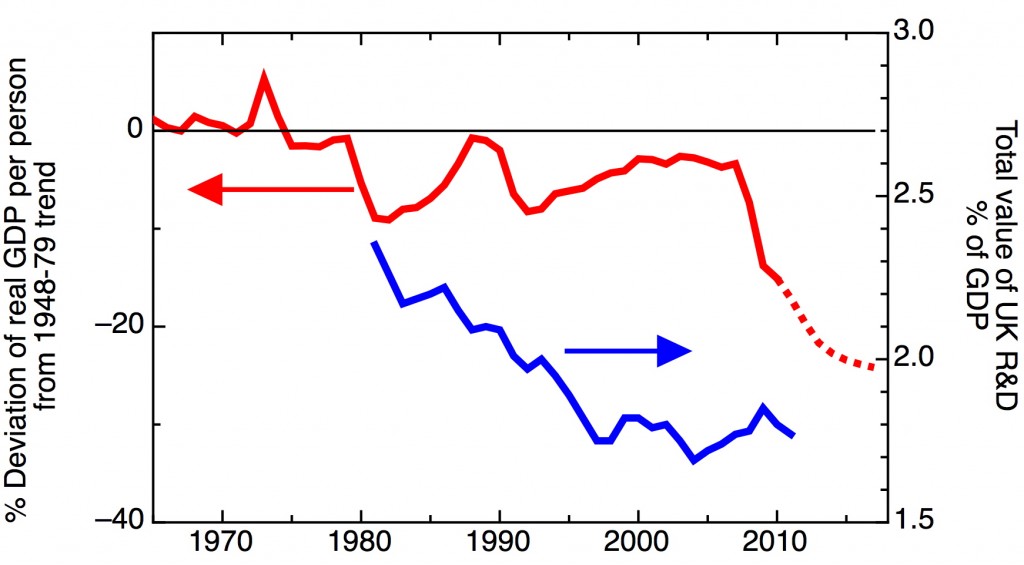 No single measure can capture the overall performance of an economy, but the long term trajectory of real GDP per person in the UK tells an interesting story, with a clear discontinuity in 1979. From 1948 to 1979 this measure grew remarkably steadily; a best fit corresponds to 2.57% annual growth. Since 1979 we have seen two deep recessions, each followed by a period of faster growth that, in each case, didn’t quite make up the lost ground to the pre-1979 trend line, and proved unsustainable. The third recession, following the 2008 financial crisis, has been both deeper and more long lasting than previous recessions. Meanwhile, since 1980, there has been a substantial fall in the overall research intensity of the economy, measured by the fraction of GDP spent on research and development. Without claiming simple causality, my SPERI post looks at the relationship between our current growth crisis and this disinvestment in R&D.

2. Since 1980, the UK has moved from being one of the most R&D intensive economies in the developed world, to one of the least. 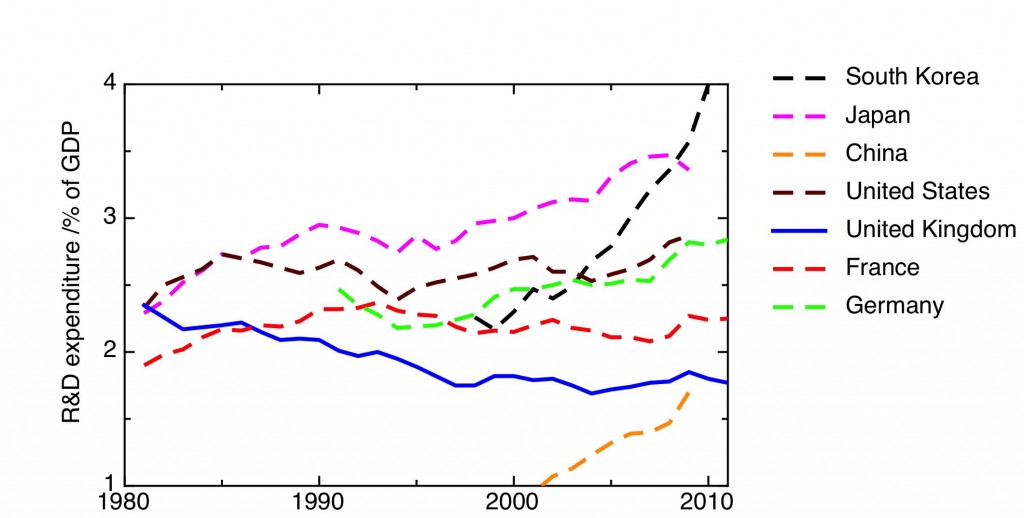 This decline in R&D intensity in the UK has happened at a time when other countries have been increasing investment in research. These increases have been particularly marked in fast growing Asian countries like South Korea and China.

3. The overall decline in the UK’s R&D intensity has been driven primarily by a long- term decline in private sector R&D 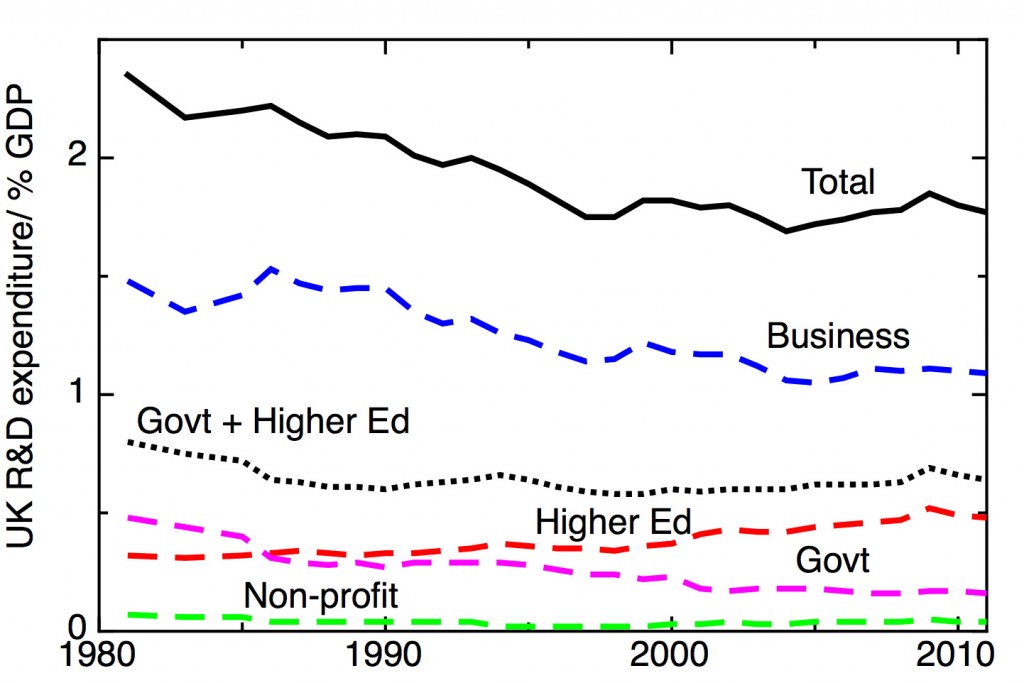 Value of R&D performed by sector as % of GDP. Data: Eurostat

Most R&D is performed in the private sector, with other substantial contributions happening in Government laboratories and Universities. R&D in the combined Government and HE sectors in the UK dropped substantially in the 1980’s and then stabilised, but the largest decline has taken place in private sector R&D. One might be tempted to argue that this reflects changes in the sectoral balance of the UK economy, but a more detailed analysis by Alan Hughes and Andrea Mina shows that, even after adjusting for structural differences between countries, the business enterprise component of R&D remains low by international standards.

4. The relative value of R&D performed in the business sector in the UK has been falling since the mid-1980s and has slipped far behind key rivals 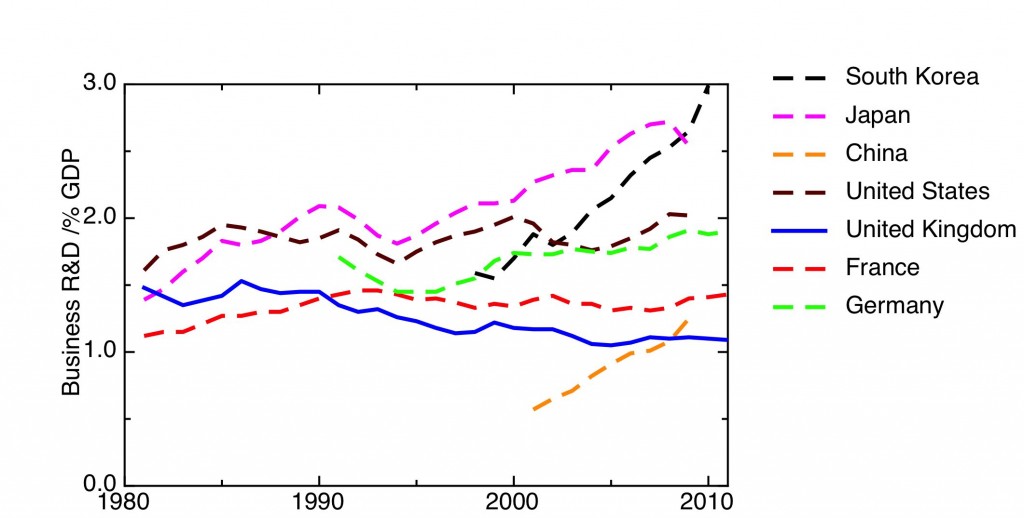 Value of R&D performed by the business sector as % of GDP. Source: Eurostat

The contrast between the declining R&D intensity of the UK’s private sector and its growth in competitor nations is marked. My SPERI blogpost The failures of supply side innovation policy explores what might lie behind this.