It’s about three months since I released my free ebook “Against transhumanism: the delusion of technological transcendence”, and I’m pleased to see from my log files that since then it’s been downloaded more than 10,000 times (many of these may, of course, be repeat customers, or indeed sentient bots roaming the web looking for laughs).

I’m grateful to many people for recommendations on blogs and twitter, and I should give special thanks to Dale Carrico, whose original suggestion it was to put the e-book together, and on whose own arguments chapter 5 in particular draws heavily. A review from transhumanist Giulio Prisco finds a surprising amount to agree with, and some interesting comments below the line.

There was a generous review from the economist Diane Coyle: The future is multiple, not singular; she describes the book as “a brief, compelling demolition of the idea that digital technology is hurtling us towards a ‘singularity’”.

The e-book was the subject of an interview with Russ Roberts on EconTalk, which over the course of more than an an hour covered transhumanism, brain uploading, the concept of emergence in physics, economics and biology, and the economics of technology and innovation more generally. There my insistence on the importance of government intervention for radical innovation collided with my interviewer’s position favouring small government and free markets.

Finally, the online magazine Demos Quarterly published a dialogue between me and Zoltan Istvan, the American writer, futurist, philosopher and transhumanist who is running for US President under the transhumanist banner in the 2016 election. Here’s an extract from my opening statement:

“Technological progress isn’t inevitable, nor is the direction it takes pre-ordained. Transhumanism as a movement appropriates the achievements that technology has made already, and uses these to give credibility to a series of future aspirations that aren’t so much extrapolations of current trends, but the fulfillments of ancient human desires. People have longed for a transcendent world of material plenty and everlasting life for millennia, and these wishes don’t become any more likely to be fulfilled by being dressed up in a new language of science.”

Here’s the link to the e-book (Note added 6/4/2016 – this version is a smaller file than the original version, with thanks to Seb Schmoller for optimising the PDF)
Against Transhumanism, v1.0 (PDF 650 kB). 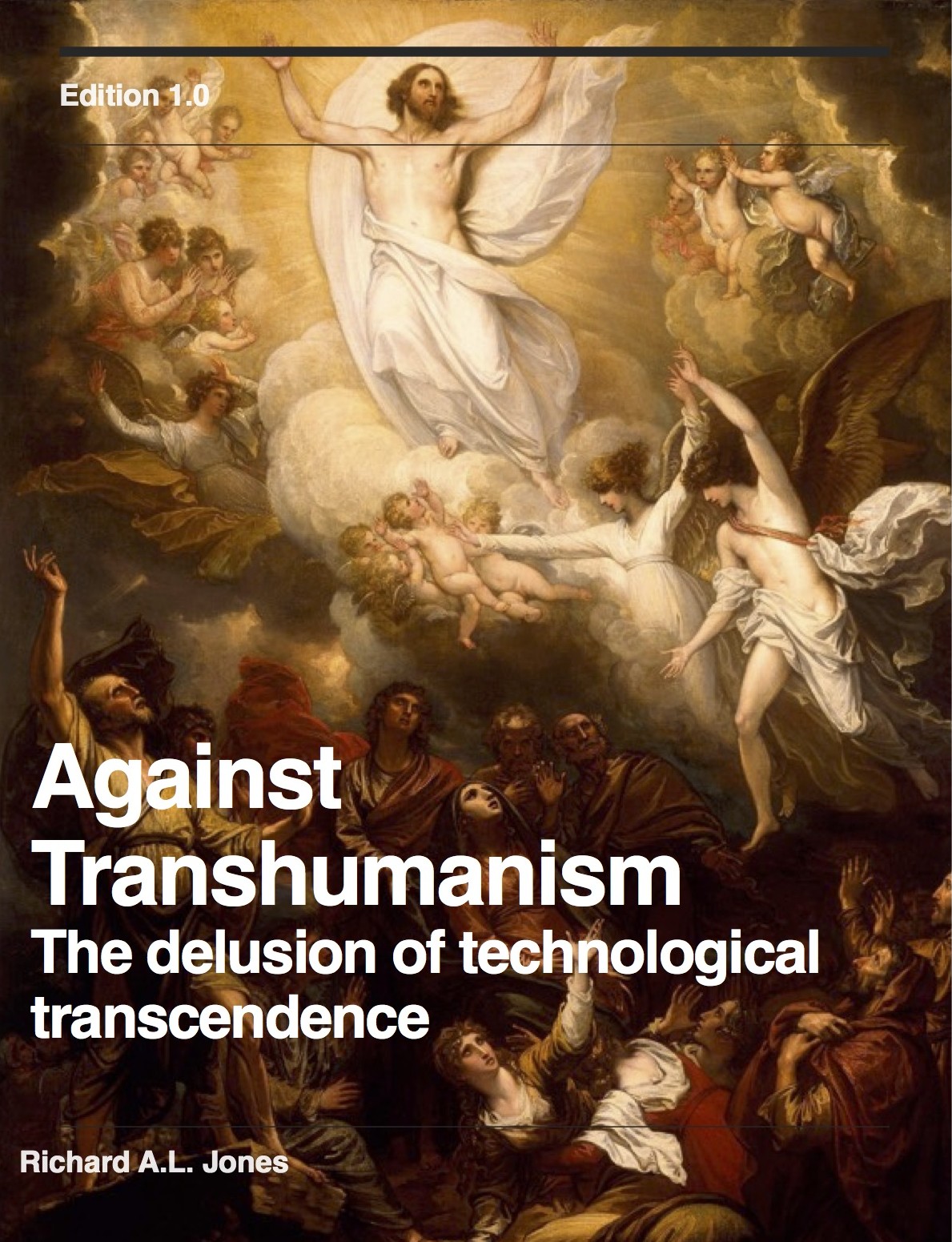